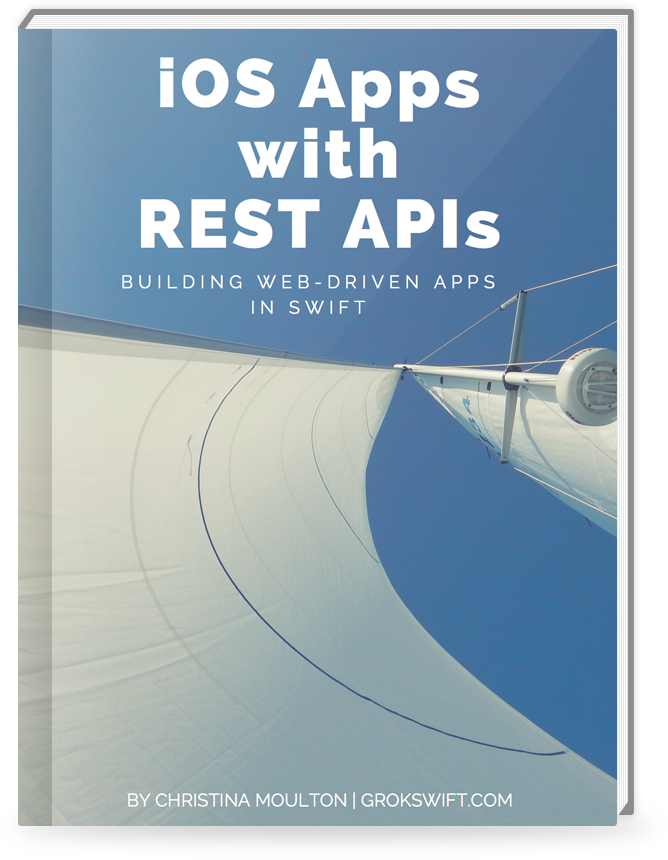 iOS Apps with REST APIs is the guide I wish I had on my first iOS contract when I was struggling to figure out how to get the API data showing up in the app I was building.

Right after you purchase iOS Apps with REST APIs, you’ll get all the information you need to build your first web service backed Swift app. Here’s what’s covered in this 244 page guide:

Christina is the perfect example of the difference between hiring someone who’s just good at what they do and someone who’s great at what they do. In less than 30 days Christina produced an app still has some of our other developers mesmerized with how she produced such quality work in such a short period of time.
Matt Scobel, Manager at Canon Innovation Lab

The Expanded Edition: Get your app built faster.

The 8 page TL;DR Edition will help guide you through the book to find the parts you need and get your app started.

Then once you’re on your way, the Adding More API Reference Sheet will help you through all of the necessary steps each time you find yourself integrating yet another REST API call in your Swift app. 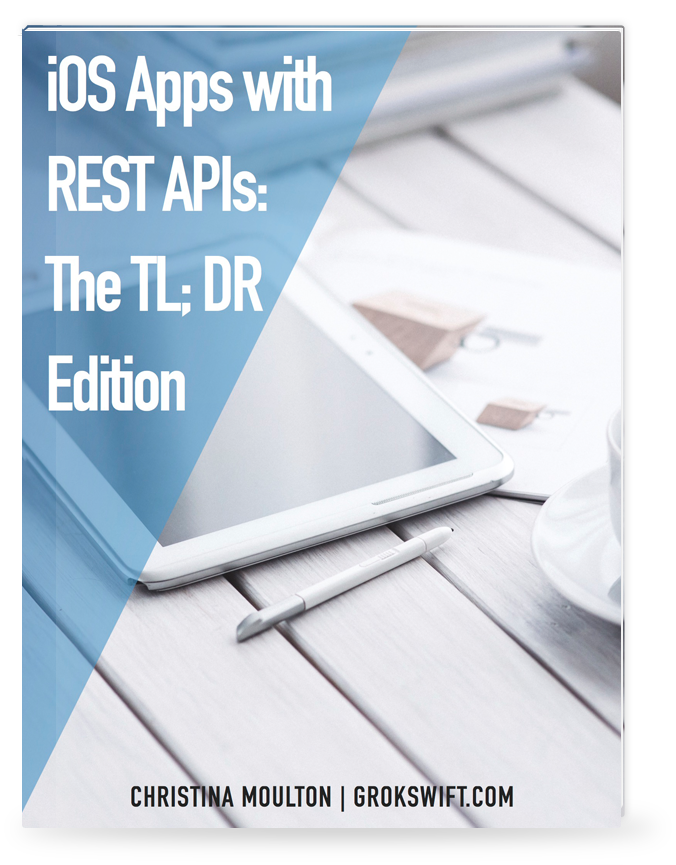 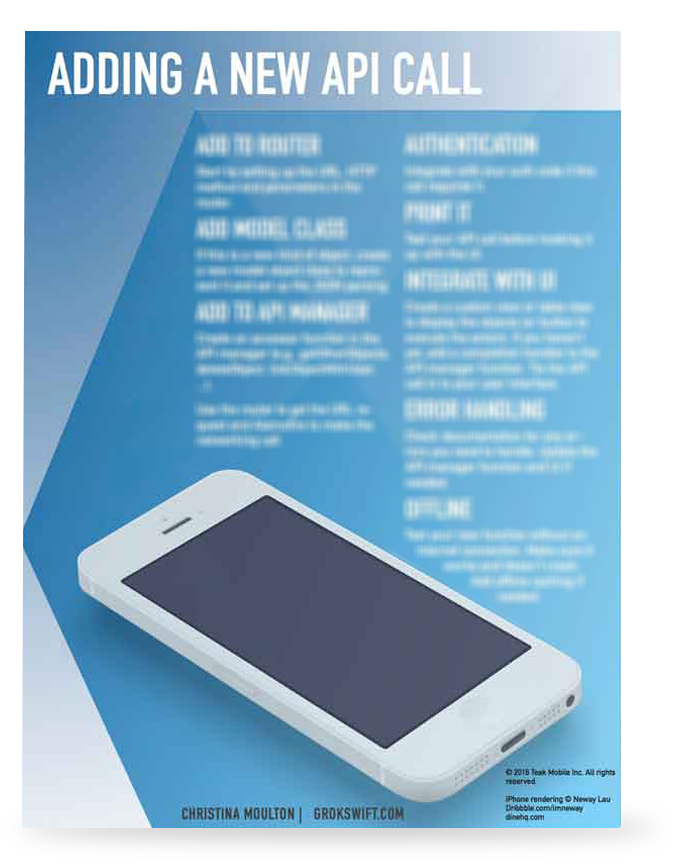 Get the Expanded Edition for $39

Yes, if you buy the book now and you’ll get a free update for Swift 3.0 in the fall.

This book is mostly a series of tutorials in implementing a GitHub gists client app. Depending on how you learn best and how urgently you need to create your own app, there are two different approaches you might take:

Your book made me a rockstar in my company :) I can’t thank you enough!
Dave LaPorte, Senior Developer at Volm Companies Inc 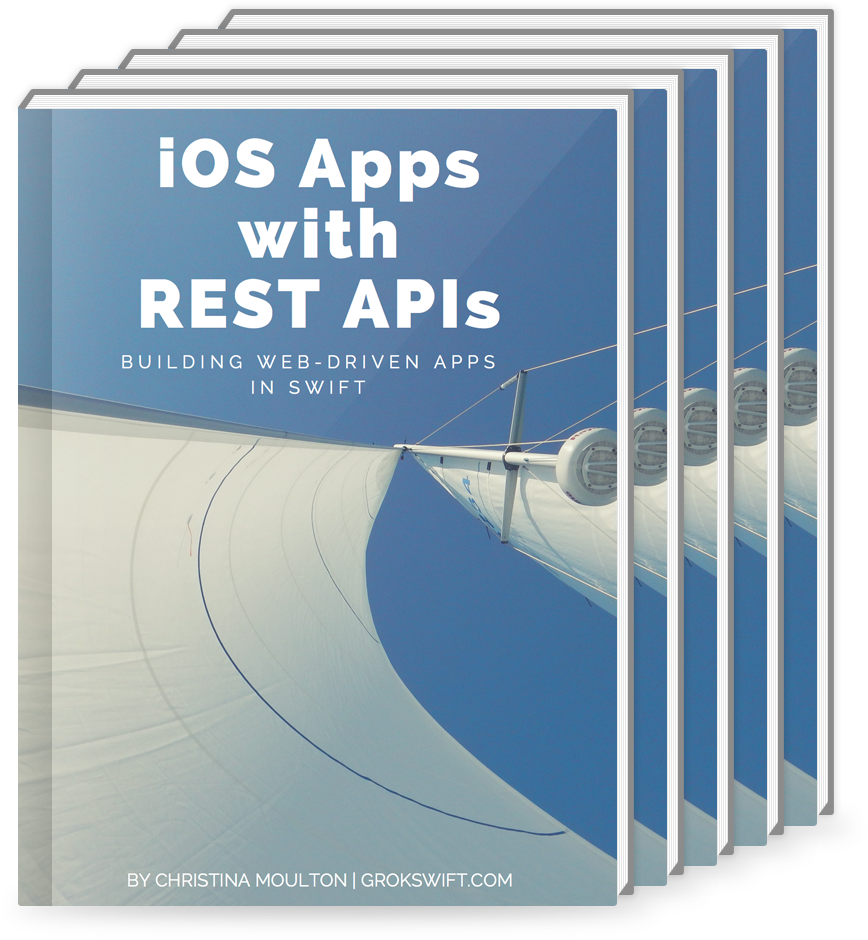