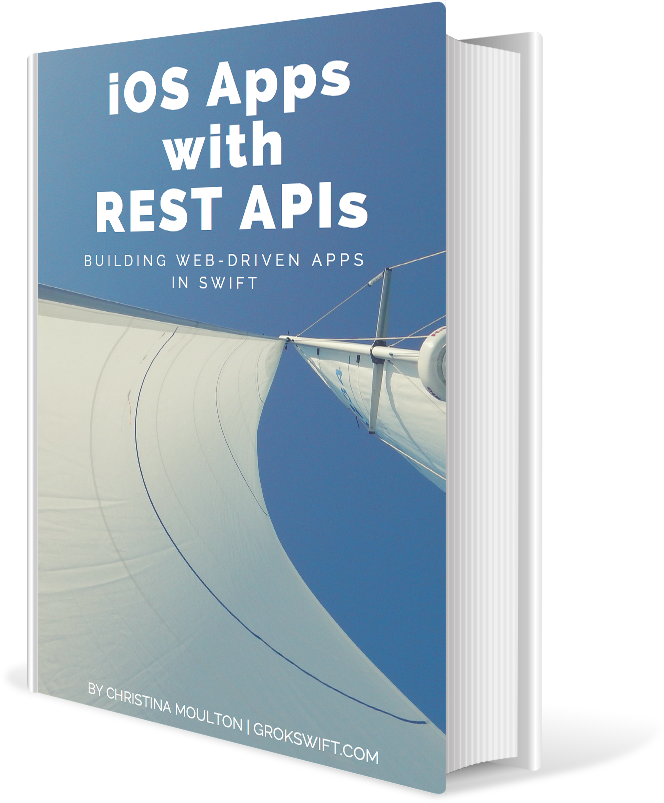 Right after you purchase iOS Apps with REST APIs, you’ll get all the information you need to build your first web service backed Swift app. Here’s what’s covered in this 234 page ebook: